Feast of All Souls

Since the Feast of All Saints is a Sunday, There will be the usual Missa Cantata at 12noon.

Posted by Et Expecto at 4:23 pm No comments:

For the past five weeks, People have been reciting the Rosary outside the Unity Heath Centre in York.  Usually there are two people at a time, and the organisers fry to get two or three hour long sessions each day.  The reason is that the Unity Health Centre is a clinic that facilitates abortions.

I generally fill a mid day slot on Fridays, and up to today it has been uneventful.  However, today we were heckled by two separate residents of the street.  One was extremely uncivil,using foul language.  The other was less so, but still unpleasant.

More interestingly, an elderly lady came out of the clinic and came up to us to commend us on our bravery.  After chatting for a bit, this lady decided she would like to join us in prayer and took out of her handbag a rosary.  She stayed for five decades.  It was this lady who took the brunt of the abuse from the more uncivil of the protesters.

A few days ago there was another unexpected incident.  A member of the staff of the clinic who must have been going off shift came up to the group praying and said: "God Bless You".  I was not present on that occasion, but was surprised to hear the story related.

There is just one more week left in the forty days.

Posted by Et Expecto at 8:38 pm No comments:

The Archdiocese of Liverpool has been conducting a form of local synod process.  Although it has been impeded by Covid related restrictions, it has produced some recommendations.  Fr Henry has some comments on his Offerimus tibi Domine blog.

Mostly the recommendations are pretty generalised, and lacking in originality.  However, the following items in the Liturgy section are fairly encouraging.

3.4 The Synod proposes that across the Archdiocese there is access to a variety of liturgical styles and celebrations.

3.5 The Synod proposes that the Extraordinary Form of the Roman Rite be more widely available.

3.6 The Synod proposes that we use the opportunities the liturgy provides for silence.

3.7 The Synod proposes that resources be found to promote good liturgical music.

3.8 The Synod proposes that more value be placed on the need for beauty in our liturgy, in the way it is celebrated and in the liturgical environment.

Institute of Christ the King Set to Expand.

I reported earlier that the Institute of Christ the King Sovereign Priest had taken on 23 new seminarians at their Gricigliano seminary.  I understand now that the figure is actually 24, and that it includes three from England and two from Ireland.

The ICKSP also has Houses of Formation, where young men are able to spend a preparatory year discerning their vocation.  We have one at Preston, and I understand that there are currently four candidates, including one Irishman, living there at the present time.  I have also learned that in the United States, there is a House of Formation with 17 candidates doing a preparatory year.  I have been unable to find information about Houses of Formation in other countries, but there must be many more discerning their vocation with a view to joining the Institute in other countries, such as France, Belgium,Germany, Austria, Switzerland, Italy and Spain.  The Institute is active in all these countries.

The ICKSP seems to be doing particularly well in Ireland at the present time.  Their church in Limerick is attracting such large congregations that an additional Sunday Mass has been provided.  They have recently opened a church in Belfast, which has also added a second Sunday Mass.  Mass is also offered in a school chapel in Galway, and there are ambitions to have a further church of their own there.  Readers will know that priestly vocations are very few in Ireland.  It seems that the ICKSP is getting more than its fair share of them.

We can conclude that the Institute is set to grow at an accelerating rate in the coming years.

Posted by Et Expecto at 4:17 pm No comments:

Communion in the Hand

This picture is taken from the Rorate Caeli website. 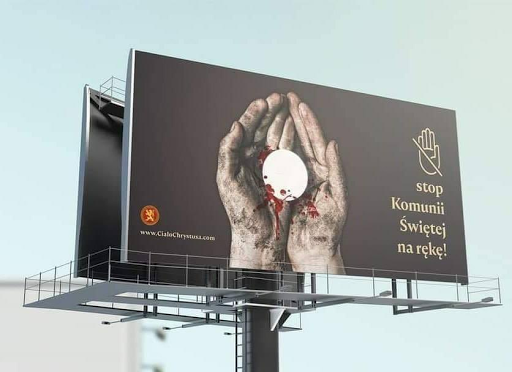 Apparently it was photographed alongside a road in Poland.  Translated into English, it reads Stop Communion in the Hand.
Posted by Et Expecto at 3:41 pm No comments:

It has been announced that the Seminary at Wonersh in the Diocese of Arundel and Brighton is to close.  The reason given is that it is taking on no new students this year. 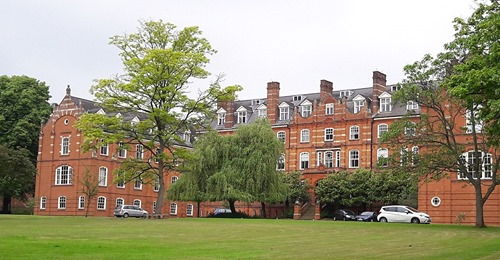 However the cause goes deeper than this.  It is clear that bishops have stopped sending students there, and this is for a reason.  There have been reports of scandalous behavior there, and the Rector was much involved.  He was recently sacked by the Archbishop of Southwark who is Chairman of the Governors.
A lot of people are saying that closure is the best thing that could happen to Wonersh.  I wonder whether, once closed, it could reopen as a a completely reformed seminary.  Perhaps even a traditional one.  Just a suggestion.

Posted by Et Expecto at 5:03 pm No comments:

Another Oratory for the Institute of Christ the King

The Institute of Christ The King Sovereign Priest has taken over another church in the United States.  It is the Church of St Leo in Columbus, Ohio.  It is a very nice church that has been closed since 1999 because, it is in an area that has become depopulated, and the Diocese felt it could not justify supplying it with a priest.  It has been maintained for the past 20 years by the St Leo Preservation Society, a group that opposed the closure of the church. 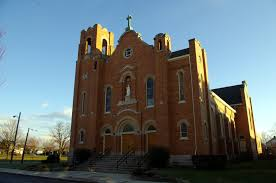 Here is the sanctuary. 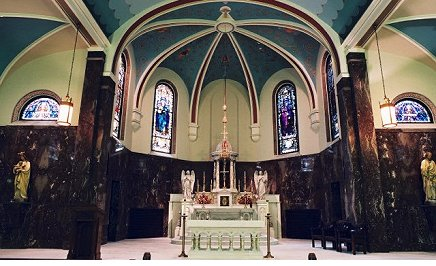 The original altar has been preserved behind a forward altar, and has beautiful statues of angels, as well as a circular tempietto.

You can find out a lot more by going to the American website of the ICKSP
Posted by Et Expecto at 4:23 pm No comments:

Thursday 15th October is the Feast of St Teresa, and there are two opportunities to attend a Latin Mass in the Diocese of Middlesbrough.  There is Mass at noon at Catterick Barracks (see below)and Mass at 7.30pm at the Church of Our Lady & St Peter Chanel at Hull.

Posted by Et Expecto at 3:29 pm No comments:

Stuck in the Mud

Fr Henry Whisenant and Franciscan Friars helping to extricate a vehicle from the mud at the Church of Our Lady Immaculate & St Edmund, Withermarsh Green. 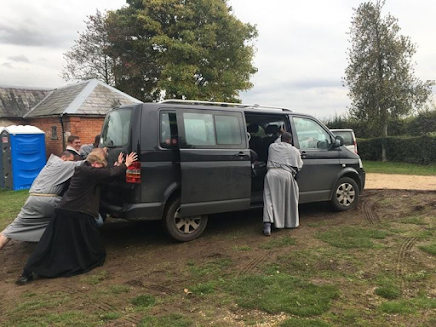 I hope they did not get their habits too dirty.

Posted by Et Expecto at 3:03 pm No comments:

This is a reminder that Father David Smith, who is an Army Chaplain, will be saying a Latin Mass on Thursdays at noon in the Church of St Joan of Arc, Hipswell Road, DL9 3BP, within the complex of Catterick Barracks.  I understand that it is easy to gain access.

The first Mass is on Thursday 15th October.  Fr smith is looking for a server.

Posted by Et Expecto at 8:59 am No comments: