Saturday 4th November is the Feast of St Charles Borromeo, and there will be a Sung Mass at St Charles Church,  in Hull at 12,10pm. 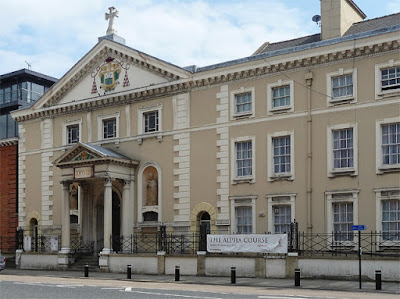 The celebrant will be Fr Mark Drew, and the musical setting will be Byrd's Mass for Four Voices, sung by the Rudgate Singers.

For those who do not know the church,  the interior of St Charles' Church, which dates from the time of the Catholic Emancipation, is impressive, with many statues of saints. 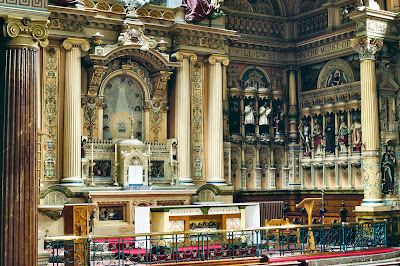 The Mass is being billed as one of Hull's City of Culture events.
Posted by Et Expecto at 10:27 am No comments:

There will be Latin Masses at 6pm at St Wilfrid's Church in York on both Wednesday and Thursday of this week for the feasts of All Saints and All Souls.

There will be NO 6.30pm first Wednesday Latin Mass at St Charles' in Hull on 1st November as there is no priest available.  There will, However be a Mass on Saturday 4th November at 12.10pm to mark the Feast of St Charles Borromeo.  See next post.
Posted by Et Expecto at 9:50 am No comments:

Rosary in the Sky

Papa Stronsay, the blog of the Transalpine Redemptorists, has a splendid post which includes the following picture. 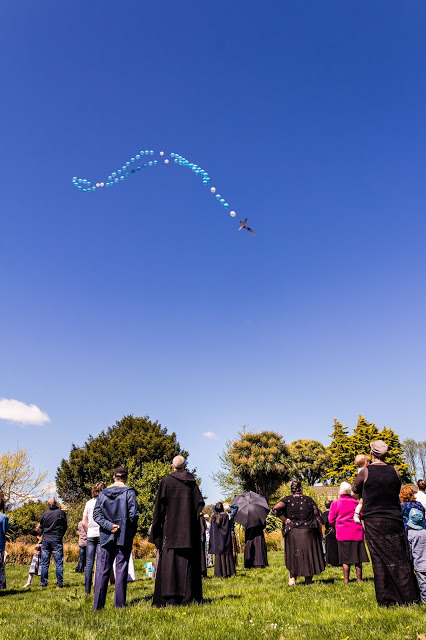 At their Oratory in New Zealand, they made a rosary from gas filled baloons, and released it into the sky to mark the centenary of the apparitions of Fatima.  Apparently it rose until it could not be seen any longer.  Presumably, the baloons eventually burst, and the rosary landed somewhere, although there is no account of it being found.
Posted by Et Expecto at 11:05 am No comments:

I have recently come across some statistics about priestly ordinations in France.  These figures are for diocesan ordinations only, and exclude all traditional and religious orders.

What I was not aware of, is the increasing practice in France of diocesan priests being ordained according to Extraordinary Form rites.  The following figures cover the years 2010 to 2015, and so are not fully up to date.

As far as I am aware, there is no example in England and Wales of any diocesan priest having been ordained in the EF in recent times, although Archbishop McMahon has ordained two FSSP priests, using the old liturgy.

A relatively new phenomenon in France is the bi-ritually trained diocesan priest.  I presume that most of these opt for ordination in the EF, and represent most of the EF ordinations enumerated above.

When one adds the ordinations of Frenchmen belonging to the FSSP, ICKSP and IBP into the mix, and also takes into account the traditional Benedictine and Augustinian monasteries in France, which are prospering, the proportion of ordinations in the Extraordinary Form is quite impressive, probably 40% at the present time.
Posted by Et Expecto at 2:09 pm 2 comments:

Traditional Convent to Open in Preston

It has recently been reported that the Sisters Adorers of the Royal Heart of Jesus Sovereign Priest, who form the female branch of the Institute of Christ the King Sovereign Priest, are to open a convent in Preston, Lancashire.  They are to take over the former presbytery of the now demolished Church of St Augustine.  Here is a picture of the former presbytery, with the remains of St Augustine's Church in the background. 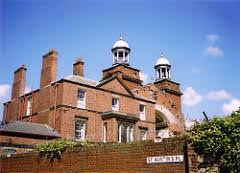 It was a large presbytery, and there is a sizable garden behind the wall in the foreground.

St Augustine's was one of several large Catholic Churches built in the central area of Preston in the nineteenth century.  The foundation stone of this classically designed church was laid in 1838, and it remained in use until 1984, when dry rot was discovered. 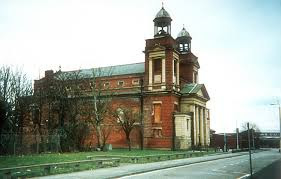 By this time, much of Preston's population had moved to new housing estates in the suburbs, with the result that the central churches were heavily underused.  The discovery of dry rot was given as the reason for the immediate closure of the church, although it remained standing until 2004, when it was demolished, although its classical facade and the presbytery were preserved.    The site of the church is now part of Newman College, into which the classical facade has been incorporated.  The presbytery remained in occupation until 2015.

It is now to have a new life as the home of the Sister Adorers of the Royal Heart of Jesus.  They are a non-cloistered order of contemplative nuns who will give support to the two churches in Preston served by the Institute of Christ the King.

Posted by Et Expecto at 2:58 pm No comments:

I have recently read that East Timor, which has a population of 1.3million people, is 97% Catholic.  There are currently 220 priests, which amounts to one priest to serve around 6,000 Catholics.   In the past East Timor has relied heavily on missionary priests supplemented by a few priests born in East Timor but educated elsewhere.  Things are beginning to change.

In the year 2000 a seminary was opened in Dili, and this has been supported by a junior seminary.  The junior seminary has been accepting 90 students each year, but has to turn away most of the 300 or so that apply.

This year a second junior seminary has opened that is able to accept 22 students.  Although a welcome development, further junior and major seminaries will be needed to satisfy the demand.  There is the potential for the number of priests to increase dramatically in the years to come.
Posted by Et Expecto at 3:02 pm No comments:

There will be a Low Mass in the extraordinary form at St Charles Church in Hull  at 6.30pm on Wednesday 4th October.  The celebrant will be Fr Peter Mulholland.
Posted by Et Expecto at 1:56 pm No comments: