The Abbey of Our Lady of Phước Sơn is home to 220 monks, including 80 novices and postulants. In Vietnam, there are about 1,002 Cistercian monks and 244 Cistercian nuns.

Posted by Et Expecto at 3:14 pm No comments:

From the United States of America


A young man who lives in the USA, and who does a lot to promote the Latin Mass over there, has released the following statement: 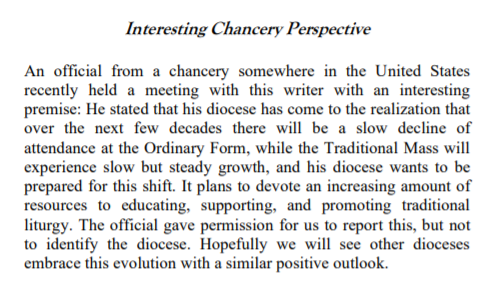 This is big news.  There is a diocese in the USA that has come to the realisation that adherence to the practice of attending Mass in its traditional Latin form is likely to grow, whilst attendance at Novus Ordo Masses is expected to continue to decline.  It seems that in this diocese at least, interest in the Latin Mass is expected to grow at such a rate that it will be necessary to devote additional resources to "educating, supporting and promoting traditional liturgy".

Presumably, this diocese is thinking of training at least some of its clergy to celebrate the Latin Mass, and of designating some churches as Latin Mass centres.  I wonder whether this will include some undoing of earlier reordering of sanctuaries.

It sounds like very good news to me.
Posted by Et Expecto at 5:22 pm No comments:

New Apostolate for ICKSP in Rome


The Institute of Christ the King Sovereign Priest has a new home in the Eternal City.  It is the Minor Basilica of Saints Celso and Guiliano which is not far from the Ponte Sant'Angelo.  It is a fine and large Baroque church, typical of many Roman Churches.  Here is a view of the outside.

And in a little more detail. 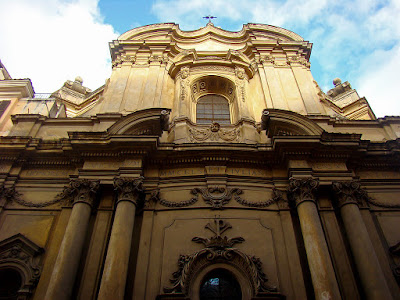 The basilica is oval shaped and has an impressive dome: 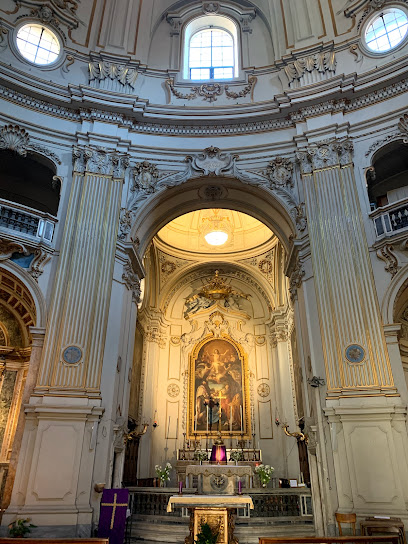 The Institute will offer Mass on Sundays and Feast days at 10am, and will be present during the week for confessions and adoration of the Blessed Sacrament.

Posted by Et Expecto at 2:17 pm No comments: