Back in October, I published a post about a young priest celebrating Mass at a Rock Altar on Achill Island in Ireland.  Here is the picture: 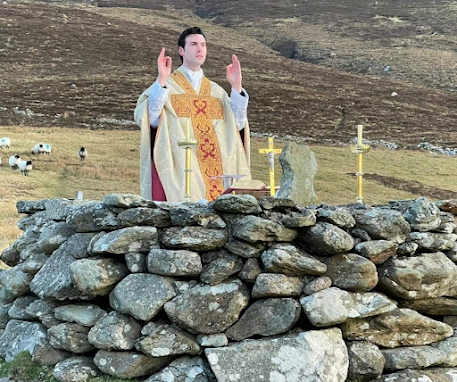 I was a bit worried that it might be a photoshopped picture, and that the story might be fake.  However, I need not have worried.  It turns out that the priest is Fr Gerard Quirke, a priest of the Irish Diocese of Tuam.  It has recently been announced that Fr Quirke is now a postulant with the Priestly Fraternity of St Peter, and is resident at Warrington.  It looks as if the FSSP may gain another good young priest.  If this happens, Fr Quirke will be the second Irish diocesan priest to join the FSSP in recent years.

Posted by Et Expecto at 2:10 pm No comments:

Confirmations in the Old Rite

Most readers will probably know that Archbishop Roche, the Prefect of the Congregation for Devine Worship, issued a document entitled Responsa ad Dubia just before Christmas.  The document supplied answers to some questions that had purportedly been raised by bishops from around the world about the implementation of Traditionis Custodes, the motu proprio that that had been issued by Pope Francis earlier in the year.  Amongst the matters covered by Responsa ad Dubia was the use of liturgical books that relate to the older rites, and the use of the Pontificale Romanum was specifically banned except in canonically erected personal parishes.

The Pontificale Romanum contains the texts to be used in conferring the sacraments that are reserved to bishops.  As a result, it would seem that the Responsa ad Dubia outlawed confirmations in the older rite in all places other than personal parishes.  This interpretation was adopted by the Archdiocese of Westminster which cancelled the traditional confirmations that were due to take place this summer in the church of St James, Spanish Place.

It has now emerged that Archbishop Malcolm McMahon of the Liverpool Archdiocese will be conferring confirmations in the traditional rite at the FSSP church in Warrington on Saturday 2nd July.  It is likely that there will be large numbers of confirmands because of the cancellation in Westminster.  Anyone wishing to be confirmed at Warrington (or their parents) is invited to conduct Fr Quirke who is dealing with the preparation of candidates for the FSSP.  His email is:

A course of preparation will begin in Warrington after Easter.  It is possible that courses of preparation,  organised at other locations may be accepted so it would be wise to contact Fr Quirke at an early date. 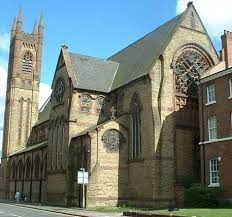 Posted by Et Expecto at 1:58 pm No comments:

Fr Michael Rowe is a priest of the Archdiocese of Perth in Australia.  For many years, he has travelled to England to take part in the Latin Mass Society's walking Pilgrimage to Walsingham. This was until he was prevented from doing so by COVID.  He is the chaplain to a thriving Latin Mass Community which was given the redundant church of St Anne in the Belmont area of Perth by the previous Archbishop.  The Latin Mass community has spent a lot of money improving the church, including the installation of an organ. 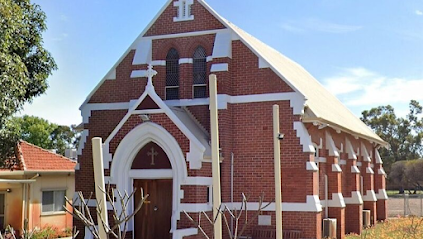 The current Archbishop has decided to sell this church, thus depriving to Latin Mass community of any premises.  Appeal through the processes of Canon Law have so far failed, so Fr Rowe is now seeking redress through the Civil Courts, and is seeking funds to go to the Australian High Court.  A fuller explanation of the case, as well as an opportunity to donate towards costs  can be found on the Go Fund Me page.

Posted by Et Expecto at 1:10 pm No comments:

Attendance at Latin Masses Growing at an Accelerating Rate.

The following is the result of a survey conducted by the Christus Vincit Foundation.  It was an on line survey, which could mean that the sample was not very representative, but it did have 4870 respondents, which is large enough a number for the survey to be taken seriously. The answers to the question about how long respondents have been attending the Latin Mass should give reasonably reliable results; 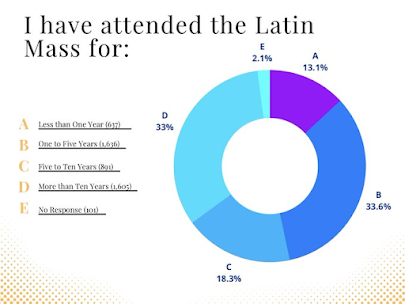