There will be a Solemn Midnight Mass for Christmas at the Oratory church of St Wilfrid in York.  It will be preceded at 11.15 pm on Christmas eve by a service of carols and readings.

St Wilfrid's Church is in Duncombe Place, which is very close to York Minster.
Posted by Et Expecto at 12:04 pm 1 comment:

For anyone who does not know who Gavin Ashenden is, I suggest that the google him.  He is highly intellectual, and was originally on the liberal wing of the Church of England.  Gradually he shifted his ground towards a more evangelical position and finally to what he described as Sacramental Anglican (perhaps another way of saying Anglo Catholic).  He is well qualified in the Law and in Sociology, having been an academic for many years.  He ended his time in the C of E as a Chaplain to the Queen.

A few years ago, he decided that he could not continue in the C of E and resigned his ministry in favour of the Free Church of England, a very small denomination of orthodox Anglicans.  He also became a bishop, and tried hard to gather together Anglicans who were distressed by the direction in which the C of E has been moving.

Now we have the news that he is to become a Catholic.  It is interesting that Bishop Mark Davies has played an important part in his conversion.  Gavin Ashenden has a large following partly due to his appearances on Anglican Unscripted, a regular discussion video that can be found on You Tube.  I would be surprised if Gavin Ashenden did not bring a lot more converts in his wake.
Posted by Et Expecto at 8:07 pm No comments:

The new church of the Institute of Christ the King in Belfast opened on Tuesday with Vespers attended by the Bishop of Down and Connor, Rt Rev Noel Treanor.  The following day, Wednesday 11th November, the Institute's Monsignor Gilles Wach offered a Solemn Mass.

The Institute has had to work hard to make the former Presbyterian Church suitable for Catholic use.  A temporary altar (seen in the picture) has been installed.  This altar originated in Spain, and was used as a temporary altar at the Institute's church in Limerick before a permanent one was installed there.  The picture also shows temporary communion rails.

Although the the church is well supplied with benches, they do not have kneelers, and so will require some modification.

There is a BBC video clip of the first Mass on the Latin Mass Belfast facebook page.  It shows that the church was well filled.
Posted by Et Expecto at 2:57 pm No comments:


At the invitation of the Most Reverend Glen John Provost, Bishop of Lake Charles, the Institute of Christ the King Sovereign Priest will shortly be opening an Oratory in the town of Sulphur in Louisiana.  This will be the Institute's first apostolate in the Southern States.

They are to take over a building that has been used as a Judicial Centre or Courtroom since 1985.  This may seem an unusual step for the Institute until it is realised that before it was a courtroom, the building in question was a Catholic church.  Here is a picture of the building.

Although less grand than many of the Institute's  churches, I am sure that the soon to be Oratory of St Francis de Sales will be transformed into a very worthy church.

Here is a picture of when the church was a courtroom.  It is surprising to see that the pews have been preserved.

Posted by Et Expecto at 8:06 pm No comments:


Nearly twenty years ago, the Institute of Christ the King took over the Church of St Gelasius in Chicago.  It had been the church of the German community in Chicago, but after congregations had declined, it was closed.  Later it was damaged by fire, and it seemed to have no future other than demolition.

However, the Institute was up to the challenge of restoring the building.  Much money was spent on making the church usable again, but there was a further and much more devastating fire in almost totally destroyed the building. 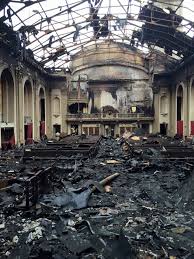 Undaunted, the Institute set about rebuilding all over again.  So far, the roof has been reinstated, and the interior now looks like this. 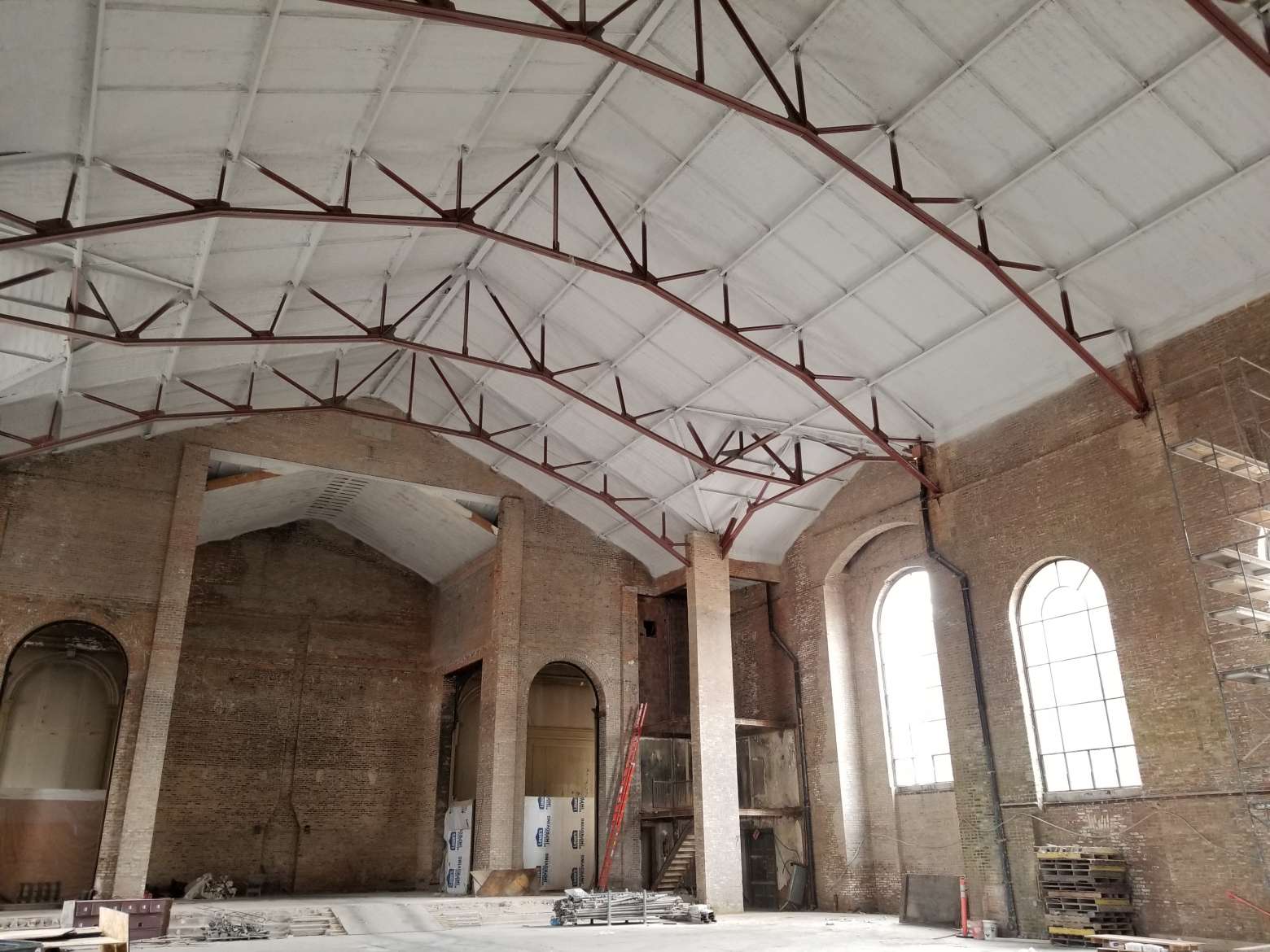 There are very ambitious schemes to complete the restoration.  This is an artist's impression of how it will look when completed. 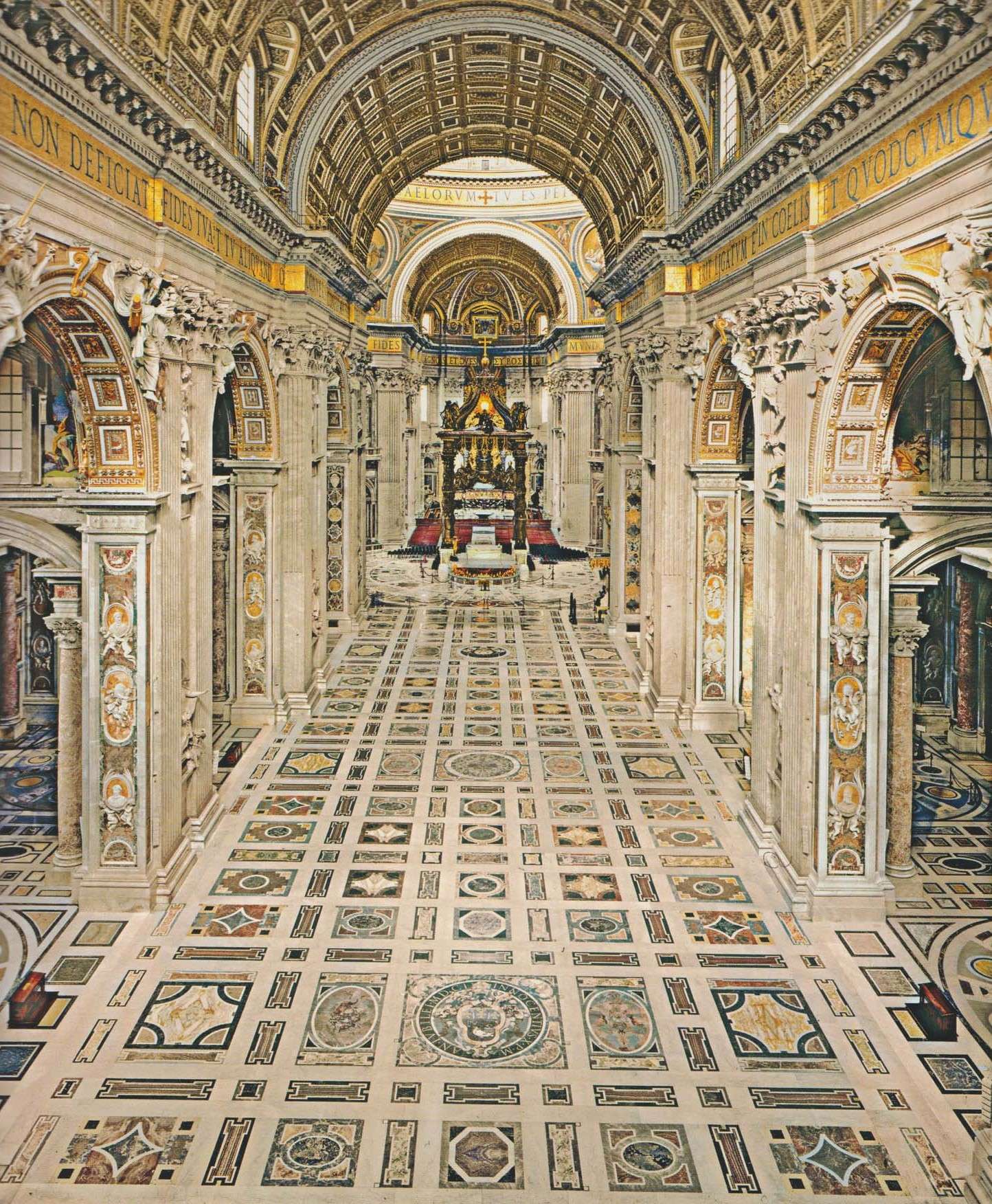 Posted by Et Expecto at 3:51 pm No comments:

The Liturgical Changes of 1969


The first Sunday of Advent marked the fiftieth anniversary of the introduction of the Novus Ordo Mass, and there have been many reports on the internet and elsewhere reporting the anniversary.  However, I have not seen anything from anyone with first hand experience of the changes.

I remember my experience of the day, and I have to say that for me it certainly was not a major event.  I was a student at the time at Liverpool University, and although I attended Mass every Sunday and often during the week, I was completely unaware that a major to the liturgy was planned.  I think very few people did.  I cannot recall any announcement beforehand, and even if there had been, I doubt whether I would have taken a lot of notice, because there had been so many changes over the preceding years.

On the day, I attended Mass in a parish church close to where I was living.  I recall that two leaflets were handed out in stead of the usual one.  It had been the practice in most churches that cards or booklets were handed out on which were printed the Ordinary of the Mass in its 1965 form (or the latest revision of the 1965 form).  In those days almost everyone carried their own missal, so until the Novus Ordo was introduced, these could be used for the propers, which had not changed - at least not significantly.  On the first Sunday of Advent 1969, a second leaflet was handed out including the new propers.  The only really noticeable difference was the inclusion of an Old Testament reading.

Looking back, the most notable thing was the complete absence, at least in my case, f any form of explanation of the changes.  For example, it took me about four years to discover that the Sunday readings followed a three yearly cycle; and about a further ten to find out that the weekday Masses followed a different cycle.
Posted by Et Expecto at 5:10 pm 2 comments: