Success of Rosary on the Coast

On Sunday I was one of 30 people who traveled by coach from York to Scarborough for the Rosary on the Coast.  There, we met 100 others gathered next to the life boat station to recite the Litany of Loretto, sing hymns and say the Glorious Mysteries of the Rosary.  We were one of about 400 groups around the coasts of the British Isles doing the same thing at the same time.  If our gathering was of typical size, that would amount to about 52,000 people involved.  The organisers, who are mostly lay people,  must be congratulated on a great success of this project.

I do hope that the project will be repeated in future years.  If that happens I would be keen to give a hand with the organisation, with a view to getting even more groups involved. There is surely scope for expansion.  Along the length of the coast of the Diocese of Middlesbrough there were seven locations, namely: Redcar, Saltburn, Whitby, Scarborough, Hornsea, Withernsea, Hull and Hessle.  It would be nice if a few more, such as Filew and  Bridlington, were added.  Indeed, looking at the map of all the locations, the Yorkshire coast had relatively few flags compared with most parts of the country.

One small amusing anecdote.  Our group gathered at the highest part of the beach at Scarborough, with the water line several yards away.  There did not appear to be any threat from the rising tide, but as the rosary progressed, the water came closer and closer at a remarkable speed.   Those at the lower end of the group had to close in on the others.  By the time we dispersed, there was no beach left with everyone huddled on a paved slipway.  I don't know whether anyone checked the tide times before the event, but if it had been 30 mins later, we would have been in trouble.
Posted by Et Expecto at 1:01 pm No comments:

There will be NO MASS at Hedon on Sunday 6th May, due to Fr Drew not being available.
Posted by Et Expecto at 2:11 pm No comments:

Rosary on the Coast

Next Sunday, 29th April, is the day designated for Rosary on the Coast.  The idea, copied from Poland is to have groups reciting the rosary for faith, life and peace all around the coast of Britain.  A few day ago, it was reported that 10,000 people were expected to participate at 247 locations notified to the central organisers.  However, more information is coming in all the time, so these numbers will almost certainly be exceeded.

A group from St Wilfrid's Church in York will be departing by coach for Scarborough at 1.30pm and should be back in York for 5.30pm - just in time for vespers.  The last I heard was that there were 33 booked on the coach, but that bookings were still coming in.  There is still time to book a place on the coach, cost £10.  Telephone Sue Whittaker 07973 321555 or email  suewhitaker@icloud.com

Pilgrimage in Honour of the English Martyrs


There will be a pilgrimage in honour of the English Martyrs at Preston on Saturday 5th May.  Pilgrims are invited to gather  at 11.45am in St Walburge's Church, where there will be devotions, before the procession sets off at noon. 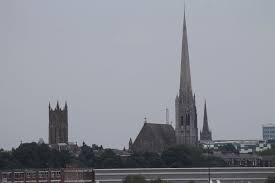 As you can see from the picture, St Walburge's  has a very tall spire.  In fact it is the third highest spire in England, after Salisbury Cathedral an Norwich Cathedral.  It can be seen for miles around, so should not be too difficult to find.  The Postcode is PR2 2QE for those navigating with the aid of satnav.

It is a little under a mile to the church of the English Martyrs, where Mass will be celebrated at around 12.30 pm. 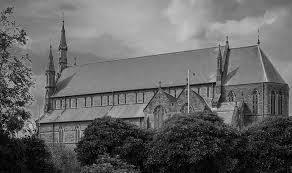 As you can see from this photograph, this is also a large church, although it's spire never got built.  Both churches are magnificent inside, although the following pictures do not do them justice. 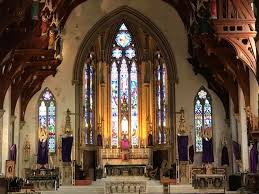 The Church of the English Martyrs occupies a very historic site, as it was built at the place of execution of  some of the leaders of the 1745 Jacobite Rebellion  -  a very good reason to attend the pilgrimage.

Another good reason to attend the pilgrimage is that it is being led by the Institute of Christ the King, Supreme Priest -  something that will surely guarantee the success of the event.
Posted by Et Expecto at 6:55 pm No comments: