Feast of the Immaculate Conception

Tuesday 8th December is the Feast of the Immaculate Conception and there will be a Solemn Mass at 6pm at St Wilfrid's Church in York.  It will be preceded at 6pm on Monday 7th December by Solemn Vespers and Benediction.

Posted by Et Expecto at 4:03 pm No comments:

As from Thursday 3rd December, churches will reopen for public worship.  Here is a reminder of the Latin Masses available in the Diocese of Middlesbrough.

Posted by Et Expecto at 3:57 pm No comments:

Where Our Readers Reside

Here are some figures for then readership of this blog during the last 12 months.  You will see that the United States is way out at the top of the list.  What is perhaps more surprising is that Russia comes in at third place.

Mass Suspended Because it is Too Popular

The Winter issue of Mass of Ages has been published, and it includes a good number of news items.  One that caught my eye concerns Prinknash Abbey in the Diocese of Clifton.  For some years, a Latin Mass has been offered at Prinknash Abbey on Saturdays and due to demand, this became a Sunday Mass.

Of course, this Mass was suspended during the first lockdown, but resumed when the restrictions were eased.  However, the Mass proved so popular that the numbers wishing to attend could not be accommodated, especially with social distancing.  Consequently, the Mass had to be suspended again, this time because it was too popular!

I found this bit of information by chance. 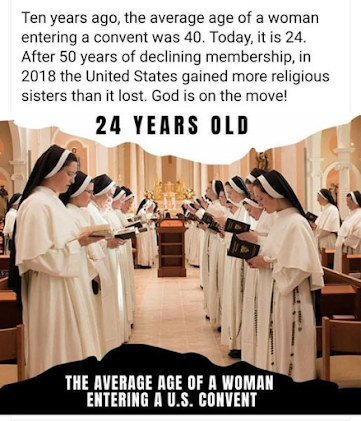 It would be interesting to know the equivalent figures for England.

Posted by Et Expecto at 4:16 pm No comments:

Readers may remember that some months ago, the Congregation for the Doctrine of the Faith sent a questionaire to all the bishops of the world seeking information on the implementation of Summorum Pontificum in their dioceses.  There is no official news on the outcome of this survey, although the rumour is that the level of hostility amongst the bishops of the world  has turned out to be less than many people expected.

Although the questionaire was intended to be sectet, the text of it was leaked, and the International Federation, Una Voce, decided to conduct its own survey via its members throughout the world.  Reports were gathered from 368 dioceses in 56 countries and consolidated into a single document.  This document has now been published in the magazine Gregorius Magnus, which can be read over the internet.  It makes interesting reading.

Posted by Et Expecto at 2:35 pm No comments:

The website of the Latin Mass Society lists 14 Sunday Masses in England and Wales that are livestreamed, ranging in time from 8am to 5pm.  It includes the Mass broadcast from the Oratory in York at noon.

My preferred Mass is the one from the Institute of Christ the King at the Sacred Heart Church in Limerick.  It is at 10.30am and can easily be found on the Irish website of the Institute.

Posted by Et Expecto at 2:12 pm No comments:

Closure of Churches for Public Worship

I am sure that readers will be aware that the latest imposition of lockdown means that from today churches are closed for public worship but can be open for private prayer.  This means that the York Oratory will be closed during the times that Mass is offered.  However, Mass in the Extraordinary Form will be livestreamed  on the York Oratory's Youtube channel at noon on Sundays and at 8.15 am on weekdays.

However, matters might change., as is hinted at in the following conversation between Sir Edward Leigh and the Prime Minister.

Edward Leigh said this in his speech: “... when I intervened on the Prime Minister a couple of days ago, he assured me that this was only a temporary ban on religious services. He took the trouble to come up to me before this debate and say, “Edward, we’re going to get churches open.” I said, “When?” He said, “Soon.” I understand that contacts are taking place with the Archbishop of Canterbury and the Archbishop of Westminster to try to get the churches open as soon as possible… I have received an assurance that churches, synagogues and mosques will open before 2 December, or at least by 2 December. On that basis, and on that basis only, I will vote with the Government.”

I have just signed a petition to the Prime Minister seeking to keep churches open for worship during the coming period of Lockdown.  You can find the petition by googling  Change.org  Keep churches open.

I have also just emailed my Mp asking him to support an amendment to allow churches to stay open for worship when the matter is debated in Parliament next Wednesday.

Please do the same.

Posted by Et Expecto at 9:29 pm No comments: