Catholic Chaplaincy to the University of York

It has been announced that Bishop Terence Drainey has appointed Fr Richard Duffield CO to be the Chaplain to the University of York from the start of the next acedemic year.  Although the appointment is a few months away, it is very welcome news.  In recent years, the chaplaincy has been in the hands of the Carmelite Order, and the chaplains (there have been several) have not generally been sympathetic towards the Latin Mass.  Indeed some have been noticeably hostile.

Since the Oratorians have been at St Wilfrid's Church in York, significant numbers of York University students have been attending the Latin Masses offered at the Oratory, which is evidence that the Latin Mass has widespread appeal amongst University students and young folk of that age.  I am sure that the appointment of Fr Duffield will be much welcomed amongst a large section of the students.Here is a picture of the Chaplaincy building: 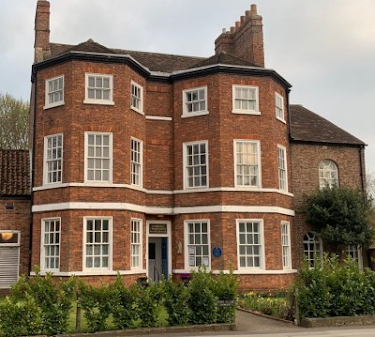