It has been announced that the Holy See has given permission for the Manchester Oratory to continue to offer Mass according to the 1962 books on Sundays for a period of two years. 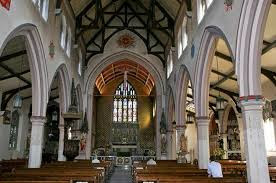 Church of St Chad, home of the Manchester Oratory
At first it seemed curious that there was a need to apply to Rome for this permission, as Traditionis Custodes appears to give responsibility for granting such permissions to local bishops.  However, the reason is that St Chad's Church is a Parish Church as well as an Oratory.  TC includes a clause that the Latin Mass cannot be celebrated in Parish Churches, a stipulation that has been ignored by all other bishops of England and Wales.
It seems that Bishop Arnold (of Salford) stipulated that a condition of the Manchester Oratory continuing their regular Latin Mass on Sundays, was that the Oratory applied to Rome for permission for this particular Mass to be held in a Parish Church.  This permission has now been granted by the Congregation for Devine Worship and Discipline of the Sacraments, which is headed by Archbishop Roche.  The permission is limited to two years, after which the Oratory would presumably be expected to reapply.
Although it is regrettable that it has been necessary to go through the process of applying to Rome, the outcome is not unsatisfactory.  One would presume that permission to offer the Latin Mass in a Parish Church would be similarly granted if applied for elsewhere in England and Wales.
Posted by Et Expecto at 10:48 am